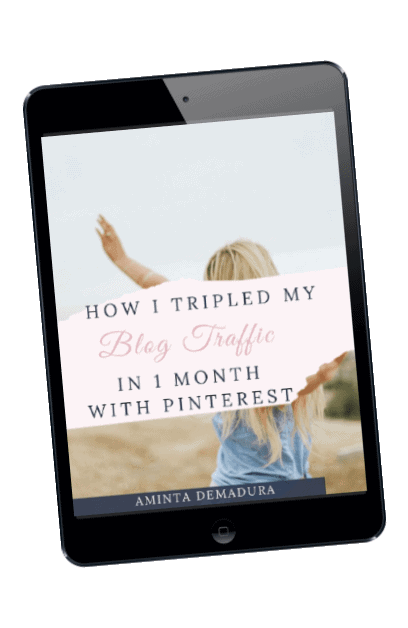 Find out how I tripled my blog traffic in just one month using these 5 top Pinterest strategies! Then implement them, be consistent, and watch your traffic skyrocket too.

Why Ads Are The Worst Way to Monetize Your Blog 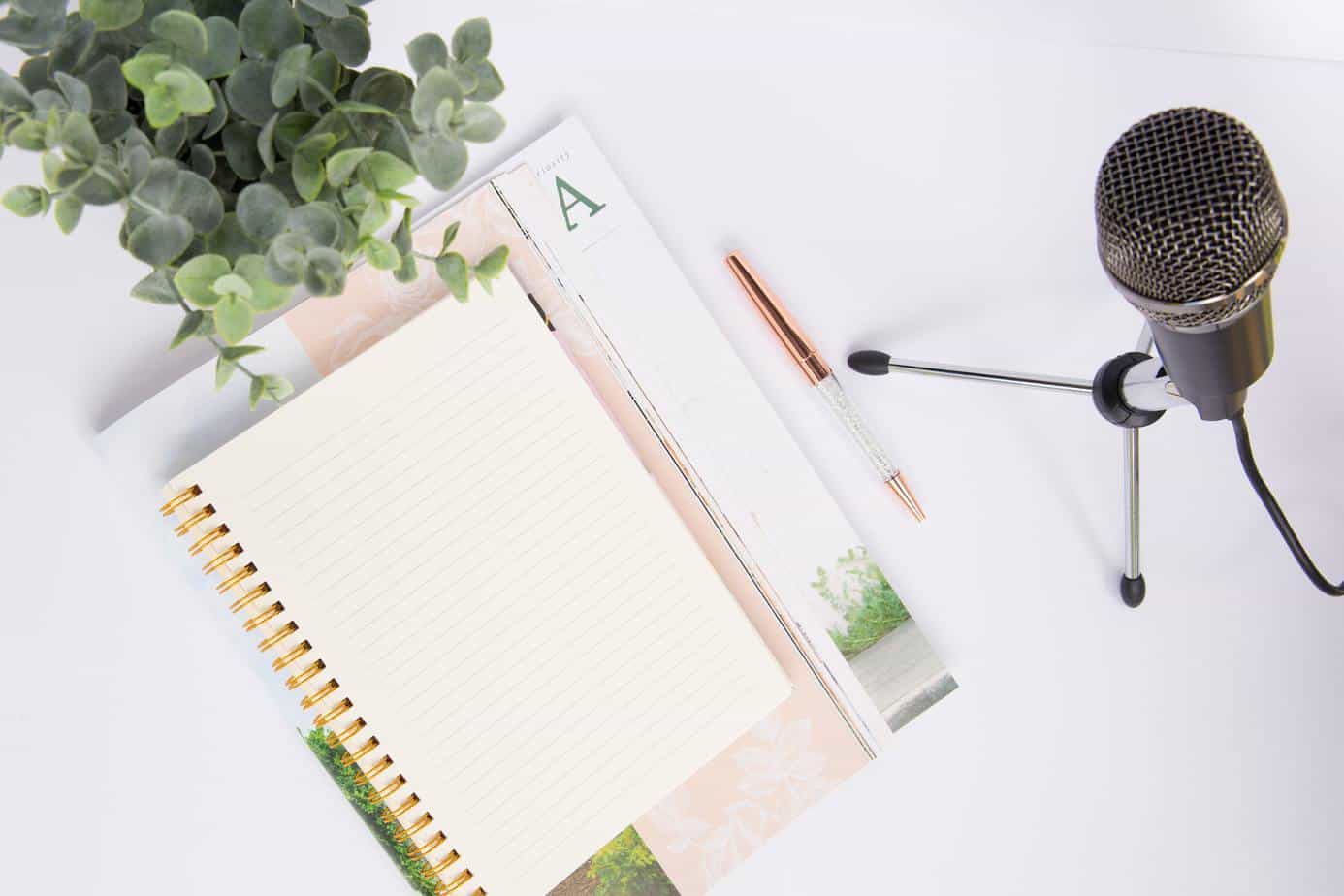 *This post may contain affiliate links. You can read my affiliate disclosure here.

You might have noticed that I don't have ads displaying on either of my blogs.

Years ago I had a health and wellness blog that served ads, and at the time I made around $500 per month in ad revenue alone.

The more I look at blogging as an actual business though, the more I feel that serving ads is a pretty bad way to make money for most bloggers.

Looking back on my health and wellness blog, I realize now that I could have made a much better use of my traffic and email list than I did. Hindsight is 20/20, right?

And because of this I want to share my thoughts on making money without ads on your blog, especially because so many people email me about the topic too.

These are the biggest reasons I feel that ads are a terrible way to monetize your blog. 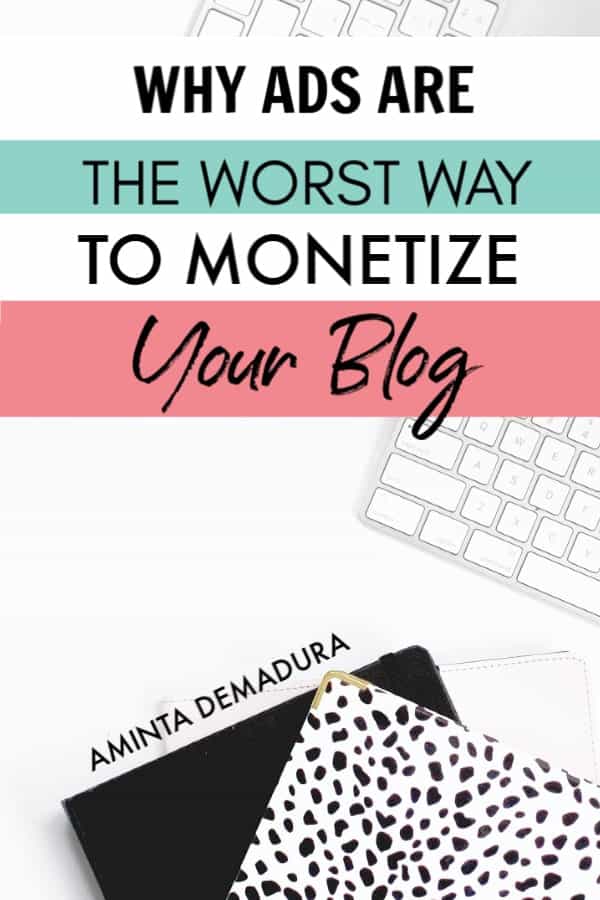 Many people don't know this, but serving ads on your blog will actually slow your site way down.

It takes a fair amount of bandwidth to display them each time someone visits your blog, so it's really common for sites with ads to become painfully slow.

I notice this primarily on recipe sites which tend to serve ads in a number of different locations on the site, to the point where the site often freezes just trying to load a single page.

Not only does this seriously harm your user experience, but it can damage your chance at getting any beneficial SEO as well.

Google has come out and said that site speed plays a large role in your site’s ranking, so it's reasonable to assume that you could actually be losing a fair amount of traffic just by placing ads on your site.

Another point I'd like to mention goes back to the user experience. This will probably be controversial, but I find that blogs with ads on them are highly forgettable.

Because so many blogs use them, they all start to look the same and it's often difficult for me to differentiate between them.

When I come across a blog that is well designed and doesn't feature ads, I've noticed that it sticks in my mind longer and I’m more likely to return to that site. 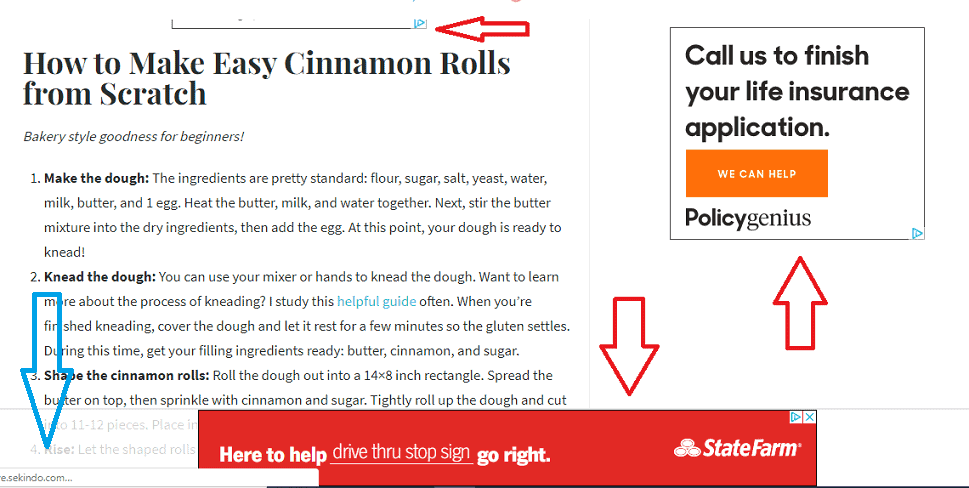 You can see from the blog above (name redacted to protect the innocent) that there are 3 ads displaying on that section of the post. Note the blue arrow in the bottom left. I'd been on this post for at least 10 seconds and the page was still trying to fully load. Google considers anything slower than a page load of 1.3 seconds to be poor.

2. Ads Take Readers Away From Your Business

My second issue with ads is that they simply take readers away from your blog. If the point of creating engaging content is to keep your readers around and encourage them to sign up for your email list, serving ads is in direct contradiction to that.

If a reader clicks on an ad on your blog, they are instantly taken away from your site and onto someone else's. In essence, you're giving away readers for a few pennies each.

If you do the math, it is easy to see how you could receive much more than a few pennies per reader if you were to create your own products or become an affiliate partner for a product in your niche.

To me, it seems that ads are an easy way to make a small amount of revenue, but you forsake a longer term gain in return.

3. They Pay Poorly For the Number of Readers Who Visit Your Blog

It's no secret that ad networks don't pay very much. Most of them pay only a few pennies per click, and it depends on the industry you are in.

The real thing to keep in mind here is that it would take an outrageous amount of traffic to make a full-time living just from ad money.

And the truth is, you can make a good income with a relatively small number of daily readers and email subscribers when you offer your own products.

I have heard that there are some networks that pay better than others, namely Media Vine and Adthrive. Keep in mind, however, that both of these ad networks have minimum visitor counts to even apply for their program. For many bloggers it can take years to reach those visitor counts. 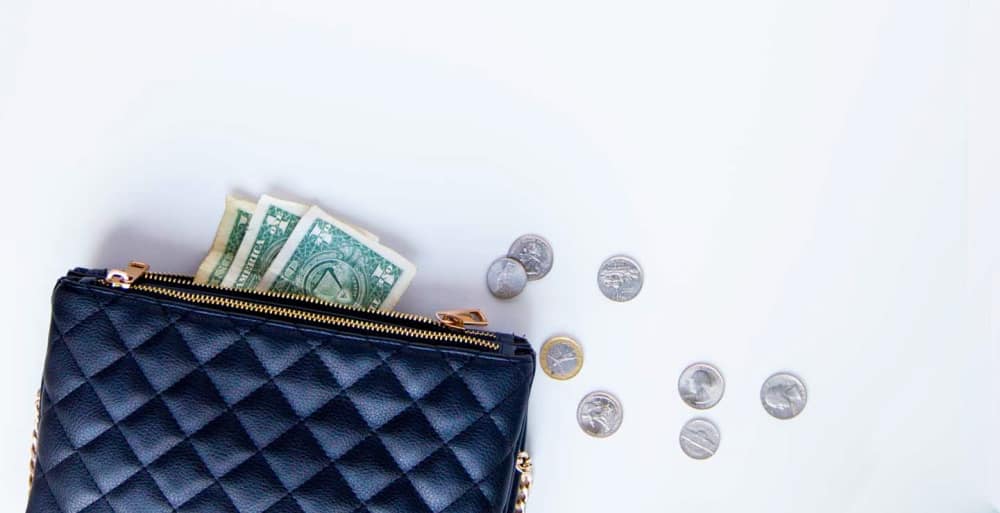 4. Readers Assume That You Endorse the Ad Offerings

Here's something you may not have thought of.

How would you feel if you checked out your blog and saw that a product in one of the ads served was a product you thought was pretty crummy?

Maybe you have a blog on health, and you see a bunch of ads on your site for diet pills. Or you have a personal finance blog and you come across ads for not-so-credible credit repair companies.

Whether you like it or not, readers consider every piece of content shown on your blog to be endorsed by you.

They may not realize that you aren’t able to choose the ads that are served on your site, and you may lose credibility in their eyes if they feel there are scammy products being promoted.

Here's an example of the type of questionable ads you may find on your site if you decide to display ads. While this fitness blogger likely doesn't endorse using diet pills to lose weight, it definitely appears that way when they show up on the sidebar of the blog.

5. Ads Are Distracting and Look Tacky

My last beef with blog ads simply comes down to aesthetics.

First, they are highly distracting. If the goal is to keep the readers on your blog engaged and enjoying your information, riddling the page with distracting ads probably isn't the best way to go.

On top of that, ads simply look a bit tacky. They aren't aesthetically pleasing, and they'll never fit your brand. If anything, they give your site a bit of a commercial feel in a not so good way.

I really feel like the aesthetics of a blog can make a big difference in your readers experience and their view of you.

When a blog looks professional, clean, and easy to read, people naturally assume that you and your work is more credible too.

When it’s cluttered and hard to read, on the other hand, most readers and quick to click the back button!

The most important thing to ask yourself if you are considering serving ads on your site is, “How will this affect my business in the long run?”

For most online businesses, there are far superior ways to monetize the site both in terms of aesthetics and credibility.

Let’s recap the top 5 reasons ads are the worst way to monetize your blog: 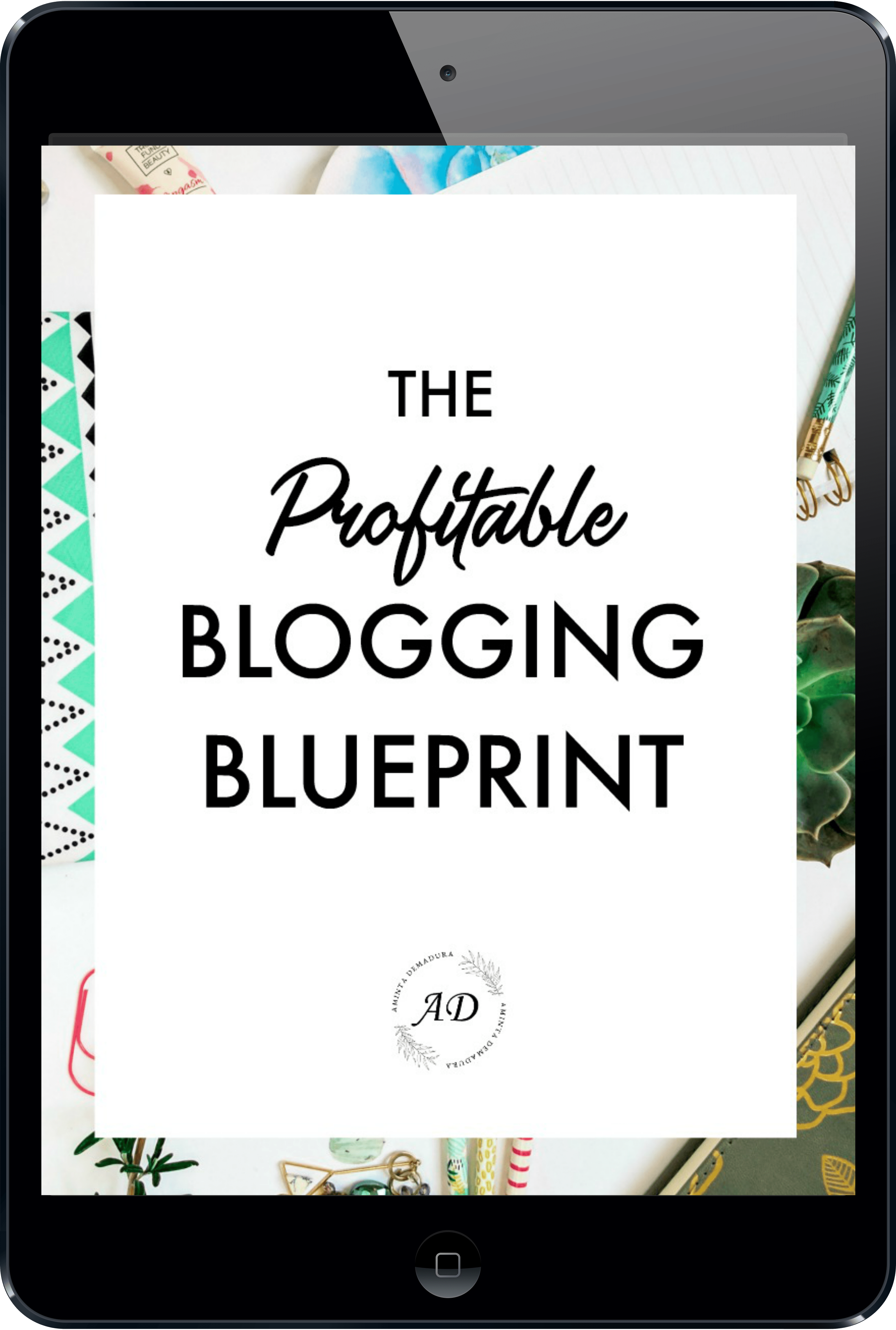 How to (Finally!) Start Making Money From Your Blog

Tired of spinning your wheels trying to figure out this whole blogging thing? Ready to create an actual money making blogging business? I'll show you how.

​Join the Full Time Bloggers Hotlist and receive the blueprint as a perk of becoming a subscriber.

Designing Your Blog the Easy and Cheap Way 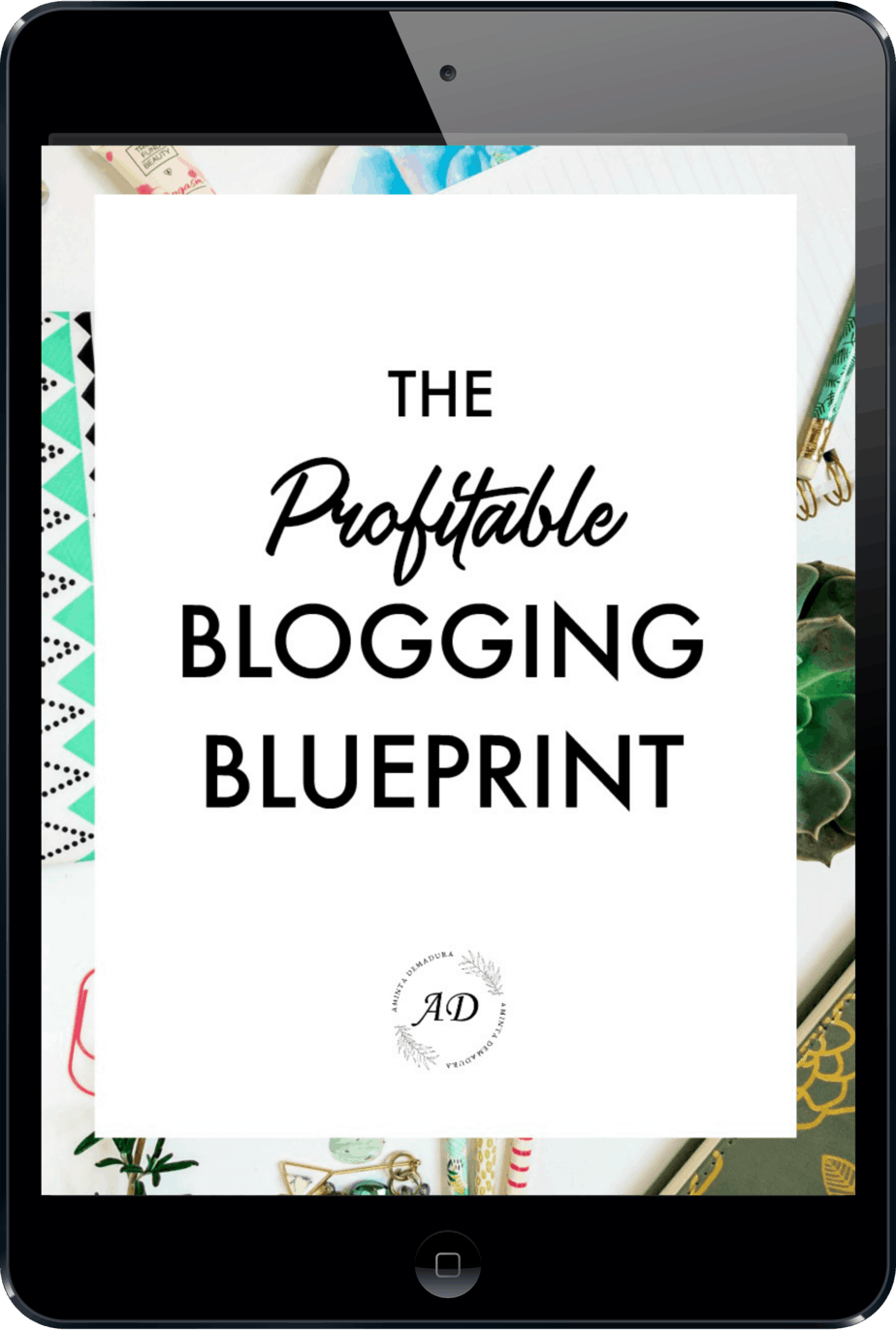 Tired of spinning your wheels trying to figure out this whole blogging thing? Ready to create an actual money making blogging business? I'll show you how.

​Join the Full Time Bloggers Hotlist and receive the blueprint as a perk of becoming a subscriber.